3 Reasons Why Invisalign in Tappan is Right for You 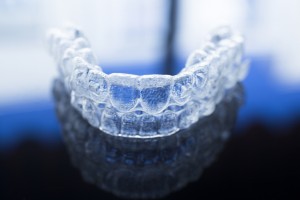 Invisalign uses clear aligner trays instead of metal wires and brackets. Your trays are custom made to fit over your teeth to gradually move the teeth into their correct positions. Since wires and brackets aren’t used, you’ll not only benefit from added comfort because there’s no tugging or pulling, but a less noticeable treatment. You’ll get a straighter smile using a virtually invisible method.

Invisalign is more convenient than traditional braces for a number of reasons. Invisalign allows you to use a series of aligner trays. You’ll wear each tray in the series for about two weeks before switching to the next tray in the series. You’re able to switch to the next tray in the series right in your own home, so there’s no need to visit the dentist for adjustments. You’ll enjoy less trips to the dentist, however, you’ll still need to come in periodically so we can monitor the progression of the treatment. In addition to less trips to the dentist, you’ll also enjoy a shorter treatment time. Most patients only require treatment for 12 months, but the length of time you will require will depend on your individual needs.

Invisalign trays are removable, so you’ll enjoy less restrictions. With traditional braces, there are a number of foods you’re not able to eat. Not with Invisalign. You’re able to eat what you’d like without worrying about damaging the trays. Plus, oral hygiene is easier when compared to traditional braces. You don’t have to worry about brushing and flossing around the restricting wires and brackets. Simply remove the trays, brush and floss as usual, and clean the trays. It’s that simple.

Get a Straighter Smile with Invisalign in Tappan

At Washington Dental Associates, we provide the convenient and effective orthodontic treatments you need for a straighter smile. We offer Invisalign in Tappan for teens and adults who want to improve the appearance of their smile using a less noticeable option.

If you’re ready for a straighter smile, call our Tappan office today at (845) 580-2126 to schedule a consultation. We’ll determine if Invisalign in right for you. Then, we’ll create a custom treatment plan to give you the straighter smile you’ve always wanted.